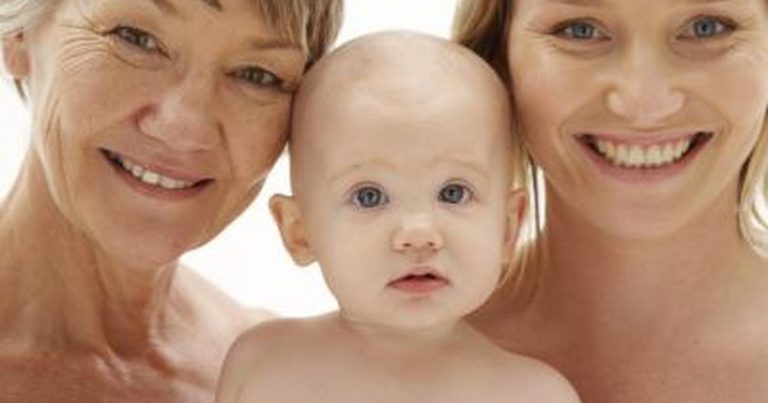 Telomeres and Aging: The Key to Live Longer, Healthier Lives

What’s the secret to living a long, healthy life?

Most people would say it’s a good diet, exercise and positive outlook. Others would say ‘hey! buy this fad’ if you want a true fountain of youth supplement.

But new research is finding that the key to longer, healthier lives may be less abstract, and it all has to do with the tips of our chromosomes.

Our genes are housed inside the nucleolus of a cell, arranged in a twisted double-helix of DNA molecules called chromosomes.

Telomeres are structures at the tips of our chromosomes that play an integral role in cellular aging. They sit at the end of DNA strands, acting like protective caps on shoelaces. Without them, DNA strands would fray and eventually be destroyed.

When DNA strands are damaged, our cells can’t do their job.

Without telomeres, the main part of the chromosome – which stores the genes essential for life – would get shorter each time the cell divided. Cell division allows our bodies to grow new skin, bone, blood and other cells.

The absence of telomeres could also cause chromosome ends to fuse together and corrupt our genetic blueprint. This could lead to cancer, cell death or malfunction. Cells would also try to repair the broken DNA strand, which would cause it to stop dividing and eventually die.

Scientists first observed telomeres as a DNA-protector in the 1930s. We made the link between telomeres and cellular aging about 30 years ago.

Why are Telomeres Important?

Stress and lifestyle habits can shorten these caps, which can lead to premature cell death. When there are too many of these senescent cells, it can accelerate aging. It doesn’t necessarily lead to disease, but research has found that it can accelerate the time when you begin suffering from diseases your genetically predisposed to. For example, if heart disease runs in your family, you may develop it at a younger age if your telomeres are shorter.

Telomeres are a general indicator of your health. You can shorten them or extend them at any time by making changes to your lifestyle, diet and mindset.

DNA makes up all of the cells in our bodies. It is the very genetic material that makes you, you. Every organ in the body is made up of cells. To say that telomeres is vital to your health is an understatement.

Cells replenish by copying themselves, and this is a process that’s repeated throughout our lifetimes. Each time a cell makes a copy of itself, our telomeres get just a little bit shorter. But the important DNA is protected.

Over time, telomeres get so short that they’re unable to do their job. This causes our cells to age and stop working properly.

Telomeres shorten naturally as we age, but they can also shorten prematurely due to stress, obesity, smoking, poor diet and lack of exercise.

The connection between telomeres and cancer is becoming increasingly clear in the scientific community.

When cells become cancerous, they divide more often and their telomeres become very short. When telomeres become too short, the cell is in danger of dying. Cells typically escape death by making more telomerase, which prevents the telomeres from becoming even shorter.

This process of preventing cell death allows the cancer to subsist and progress.

Measuring telomeres may be a way to detect cancer. Scientists are working on ways to stop telomerase, which would allow cancerous cells to die.

In one lab experiment, researchers blocked telomerase activity in human prostate and breast cancer cells grown in a lab. The blocking of the activity caused the tumor cells to die.

Of course, there are risks to this type of procedure. Blocking telomerase could hinder wound healing, fertility, and the production of immune system and blood cells.

The Role of Telomerase in Telomere Lengthening

Telomerase, an enzyme, adds bases to the ends of our telomeres. When cells are young, telomerase prevents telomeres from wearing away too quickly. But eventually, as cells divide, there isn’t enough telomerase and telomeres begin to shorten.

Telomerase is active in sperm and eggs, which are passed down from one generation to the next.

Telomerase essentially makes cells “immortal” and may be the key to stopping aging in humans. The research is still in the very early stages, but they have used telomerase in the lab to keep human cells dividing far beyond their normal limits – and without becoming cancerous.

The Role of Telomeres in Aging

Humans have much shorter telomeres than mice, which only live a few years. So, telomere length alone won’t dictate your lifespan.

A study by Geneticist Richard Cawthon and colleagues at the University of Utah found that the differences in telomere length only accounts for a small percentage (4%) of the chance of death in older adults. Only 6% of the risk of death is due to chronological age. The combination of gender, chronological age and telomere length account for 37% of the risk for death over the age of 60.

The other 63% is where other variables come into play. A major cause of aging is due to oxidative stress, which damages DNA, lipids and proteins. Oxidants are naturally produced when we breathe, but they can also be produced through inflammation, cigarettes, alcohol consumption and infection.

In one study, researchers exposed worms to two substances that neutralized oxidants, and their life expectancy increased by an average of 44%.

Another major factor in aging is glycation. Glycation occurs when glucose binds to our DNA, lipids and protein, which makes them unable to do their jobs. The problem is exacerbated as we age, causing body tissues to malfunction, become diseased and die. Glycation may explain why restricting calorie intake extends the lifespan in laboratory animals.

It’s likely that telomere shortening, oxidative stress, glycation, genes and chronological age all work together to cause aging.

But that doesn’t mean that telomeres are not important to your health – it’s quite the contrary. When you measure telomere length, you can gauge the ability of your immune stem cells to function properly. And telomere length also tells us that our immune system is likely very sensitive to environmental and lifestyle factors. Most of us knew that already, but now we’re seeing more science – on the cellular level – that supports the notion of a good diet, exercise and a positive mindset for good health.