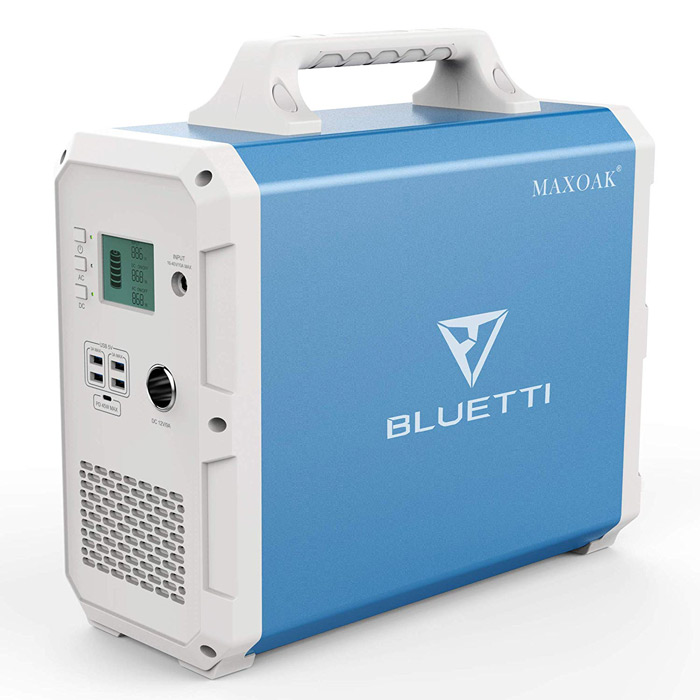 Maxoak’s products are sold in over 30 countries. The company’s li-polymer batteries and advanced production helped the company grow in its startup years. But it’s the company’s portable power stations that have put them in the international spotlight.

Offering 1500 watts of power, the Bluetti EB150 is the go-to solar power generator for everyone, from survivalists to camping enthusiasts.

Why People are Raving About the Maxoak Portable Power Stations?

The Maxoak Bluetti EB150 is one of the top-rated Amazon solar generator options.

Reviewers have given this portable solar generator a 4.7-star rating, so it is one of the best solar stations on the market today.

You can confidently run a tiny home on the EB150, and it’s a great choice if you have a solar array that is smaller than 400W.

If you have a van or RV and want to use solar to power your gadgets and appliances, the EB150 is a great choice. There is an MPTT input, so you can convert power to match all of your electronics, from laptops to appliances.

One downside is that you cannot charge the unit with your vehicle directly. There are ways to use your car’s cigarette lighter to charge the power station, but if you hook it up directly, you do risk damaging the battery cells.

A lot of people have tested the Bluetti, and the main specs that you should know about are:

What’s also nice is that there are error codes on the display that alert you as to why the unit isn’t running properly. One code will alert you of the unit’s over-temperature protection setting engaging.

If you’re charging the unit or have another hot device near it and the internal temperature rises too high, the unit will shut off until it can safely charge. The reason for this is that you can damage the battery and cells when the unit is too hot.

A lot of similar products do not have this safety feature built-in.

The front panel of the unit has all of your USB ports, DC and also your main display. The display will tell you everything, from the capacity to the current load. You’ll also find that there are AC and DC buttons available.

Turn to the back of the station and you’ll find two AC outputs that have the ability to produce 1000W each.

You won’t be able to run a home refrigerator on 1000W, but you will be able to:

If you’re camping, living the van life or a survivalist that wants to be able to charge or power their items, this is the perfect solar generator power station.

And you’ll also receive a bunch of extra items with your purchase, including:

The generator doesn’t come with a solar panel.

You’ll need to make sure that your solar panel is:

You can plug the unit into a wall outlet and charge it in about 10 hours if it’s fully depleted. If you have a 300W solar panel, you can expect to charge the station in as little as 5 hours. Panel series will allow for even faster charging.

I will note that this station is nearly 38 pounds, so it’s a little on the hefty side. A top handle does make carrying and transporting a little easier.

What a lot of users did find with Maxoak portable power stations is that it’s very hard to hit the 500W charging power maximum. You can come close, but you’re limited by the 60V maximum.

For example, you can run three, 160W panels that will provide 480W charging power, but you’ll likely exceed the 60V maximum voltage. There are obvious risks of exceeding voltage because you can potentially damage the unit.

A lot of reviewers have made note of this, and that’s why a lot of people are unable to achieve 500W charging.

You can come close to the maximum, but you will not be able to hit it in most cases. However, that’s not really an issue for most users. You’ll need the sun to be positioned perfectly, in full sun, to reach the maximum rating.

You’ll also find that even when you hook up multiple solar panels and should have 480W, the unit may tell you that you’re running at 300-350W.

Haze or a cloudy sky can cause this, so it’s something to keep in mind. If you’re running at 300W or higher for a charge, it’s more than sufficient.

Testing the unit out to see how far you can push the limits is a lot of fun.

A hairdryer, for example, is going to pull a massive amount of power. You may be able to run the dryer on low, but when you turn it on high, it will go well past 1,000W, and you’ll likely find that your unit has shut off.

Safety features built into the power station will cut off any power when it gets too high for the unit.

Power tools can also start up with the EB150, but once you start using them, they’ll probably shut off. One person tried using a table saw that started, but once he began cutting, he had about 10 seconds before the unit was off.

No one expects this power station to be able to run power tools, but it’s more than capable of running electronics, charging phones and even being used to power gaming laptops.

Maxoak also paid attention to its consumers and offers the MPPT charge controller built-in. You’re not going to find another power station, at this price point, that is able to offer MPTT and high-end power like the EB150.

Where to Buy the Bluetti EB150

I recommend sticking to Amazon when purchasing the EB150. Shipping is fast, the company has great customer service, and you can return the EB150 if something is wrong with it when you receive it. 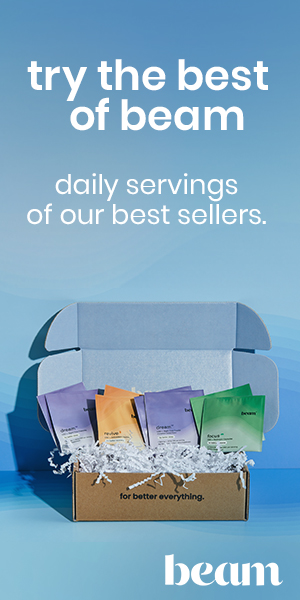