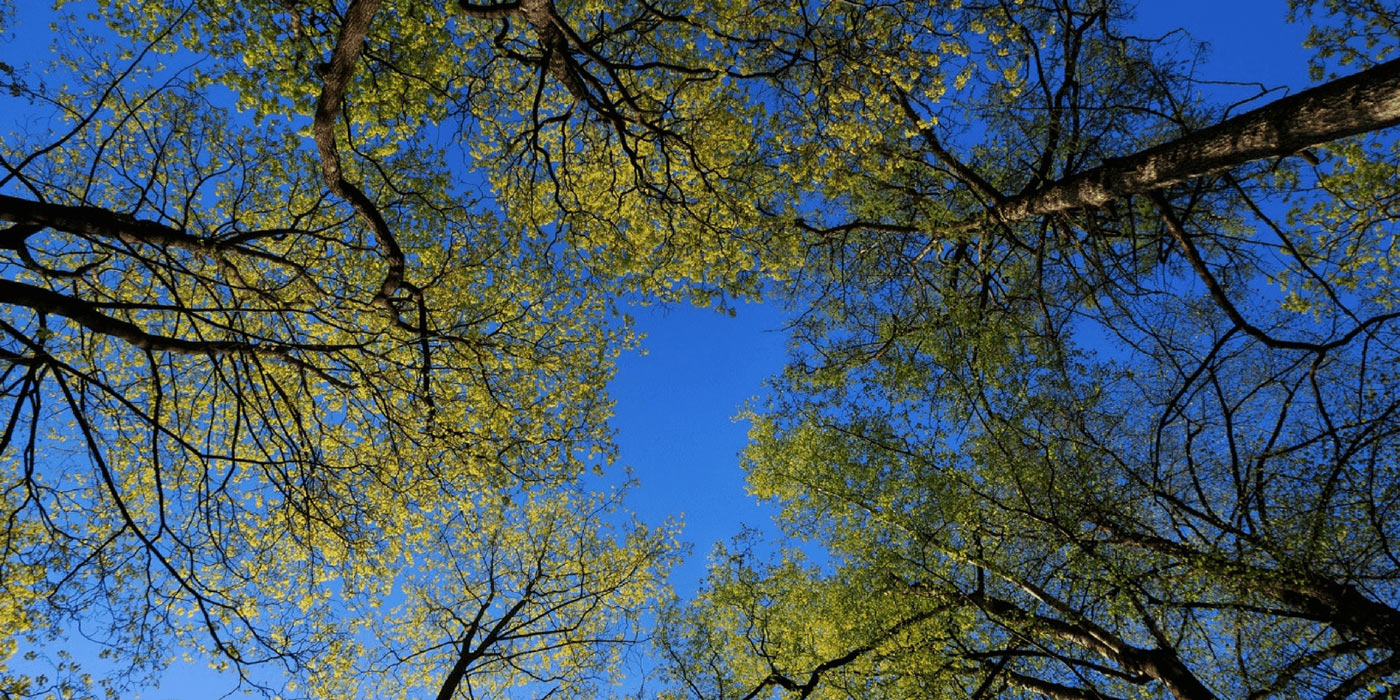 Why Trees Are Important

Trees Care for Us

We are all aware of the common benefits such as beauty, shade, wildlife habitat, and oxygen production that trees provide us, but did you know that trees:
Air Quality and Pollutant Filtering

Two healthy trees can produce enough oxygen (through a process called photosynthesis) needed by a person each year (about 400 lbs). Trees also absorb 120-240 lbs of air pollutants such as nitrogen dioxide, sulfur dioxide, and carbon dioxide produced by automobiles, power plants, and factories. Trees sequester carbon dioxide (a greenhouse gas) from the air, converting and storing it in the form of wood. A healthy tree can use about 500 pounds of carbon dioxide per year. For every ton of wood produced, about 1.8 tons of carbon dioxide is removed from the air. A large tree will store the same amount of carbon dioxide as is released by three cars driven 15,000 miles. Also, as trees cool the surrounding environment they reduce smog levels and ozone pollutions by up to 6%. Recent USDA Forest Service research estimates that Philadelphia’s urban forest air pollution removal is valued at $4.8 Million for 1 year.
Reduce Energy Consumption

A 25 foot tree reduces annual heating and cooling costs of a typical residence by 8 to 12 percent. While asphalt paving, and concrete building and walkways reflect heat causing “heat islands”, a mature tree canopy reduces air temperatures by about 5-10 degrees F, influencing the internal temperatures and air conditioning needs of nearby buildings. The net cooling effect of a healthy tree is equivalent to 10 room-size air conditioners operating 20 hours a day
Improved Water Quality and Reduced Community Flooding

The canopy of a tree absorbs and intercepts rain, reducing the amount of water that will fall on pavement and then must be removed by a stormwater drainage systems. Reducing the amount of stormwater with tree canopies can mean reductions in stormwater management costs (smaller and fewer pipes). As stormwater falls on paved surfaces such as roadways and parking lots, they wash oils, metals, salts and other chemicals into nearby streams and rivers. By intercepting stormwater with tree canopies, these non-point source pollutants are reduced in our streams. Flash flooding can also be reduced if a community has good tree canopy cover that slows down rainfall that would otherwise runoff paved surfaces to nearby streams and rivers.

For more in-depth information about how trees are helping our lives and caring for us visit the following websites:

Research on the urban forests, environmental quality and human health

Tree Link is a website with a great deal of information about the benefits of trees.

National Tree Benefits Calculator will help you calculate the many benefits that your tree is providing you and your home or business.

Life can be demanding and stressful – juggling schedules, work, meeting daily needs and commuting. Crowding, noise, and danger can all contribute to chronic mental fatique – leaving people less able to cope with major life issues. Several scientific studies by the University of Illinois at Urbana-Champaign have demonstrated that green views and access to green spaces may, in fact, help restore attention and relieve the everyday pressures. Social researchers are just beginning to discover that urban greenery provide another remarkable level of social services to residents.

Recent scientific studies have demonstrated that contact with nature may actually help reduce the incidence of aggression and violence in inner-city neighborhoods.
Greening neighborhoods can reduce crime

A series of studies showed that residents living in “greener” surroundings actually report lower levels of fear, fewer incivilities, and less violent behavior. The study also found that the greener a building’s surroundings, the fewer reported crimes.
Kids who spend more time outside end up paying more attention inside

A recent study found that the more trees and common green spaces a community had, the more they were used by residents for social interaction. In other words, relationships between neighbors are made stronger simply through the presence of vegetation.
Views of nature help hospital recovery

Studies have shown that hospital patients with a window view of greenery recover faster and suffer fewer complications than those without such views.
Participating in greening activities builds community pride

Several studies have shown that participating in tree planting programs enhances individuals’ perception of their community. Conversely, a loss of trees within a community can have an adverse psychological effect on residents. Planting programs produce a visible sign of change that can kindle interest in other community improvement projects.

For more information about these and other scientific studies, visit:

Trees and Green Spaces May Lead to Longer Lifespans

The BBC News Services reports that retirees who live near green open spaces “live much longer than those stuck in the ‘concrete jungle’”. The report cites research done at a Japanese medical college. The study included interviews with over 3,000 elderly people. After a five year period in which 897 of the interviewees died, data from the interviews were correlated with longevity.

The researchers, reporting their results in the Journal of Epidemiology and Community Health, said, “The factor of walkable green streets and spaces near the residence significantly and positively influenced the five year survival of senior citizens.”

Their recommendations were for urban developers to “pay more attention to increasing greenery-filled public areas that are easy to walk in and are within easy walking distance to every household.”

Almost sixty percent (17 million acres) of Pennsylvania’s 28 million acres is forested. The estimated half a million private forest landowners own about 12 million acres (70 percent) of the forest land. The timber and forest products industry is one of the largest manufacturing sectors in the state, employing over 80,000 workers in 2,500 firms. The value added contribution to the state’s economy by the forest sector is over 5 billion dollars annually. For the agricultural production sector and processing sector value added is approximately $2 billion and $8 billion respectively. State wide there is over 86 billion board feet of standing timber valued at about $24 billion. Nationally, Pennsylvania ranks number one in hardwood production and forest-based recreation in Pennsylvania is a large component of tourism, the state’s second-largest industry.

Economic Benefits of Trees in Communities

A 25 foot tree reduces annual heating and cooling costs of a typical residence by 8 to 12 percent. While asphalt paving, and concrete building and walkways reflect heat causing “heat islands”, a mature tree canopy reduces air temperatures by about 5-10 degrees F, influencing the internal temperatures and air conditioning needs of nearby buildings.

Businesses work hard to offer products and services that meet their customers’ needs. Trees stimulate retail and commercial business districts by attracting shoppers, increasing sales and revitalizing declining downtowns. In a survey of communities, 74% of the public preferred to patronize commercial establishments whose structures and parking lots had trees and other landscaping. In a survey of real estate appraisers, 86% agreed that landscaping added to the dollar value of commercial property, and 92% also agreed that landscaping enhances the sales appeal of commercial real estate.

House prices are also influenced by the presence of trees. Developers can maximize profits by retaining healthy existing trees, or by replanting trees after construction is completed. Several studies have analyzed the effects of trees on actual sales prices of residential properties. Homes with equivalent features, square footage, and location were evaluated. Trees
increase property values by 10-15% (one study in the Kensington area of Philadelphia showed a 9% increase, or $3,400 from the presence of a newly planted tree with 50 feet of the house).

The following websites explore the economic benefits of trees and forests:

Trees Mean Business a study of the economic impacts of trees and forests in the commercial districts of New York city and New Jersey. 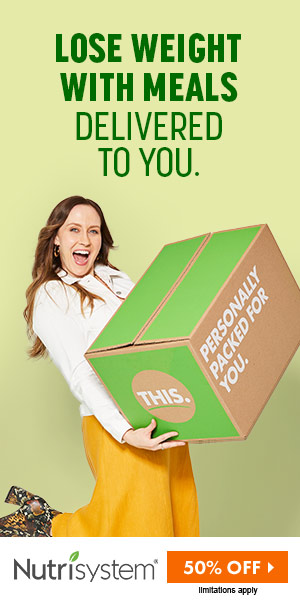