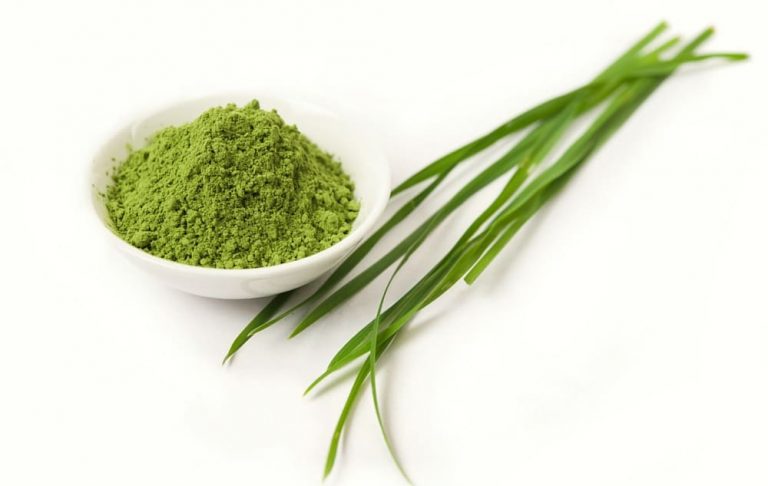 Touted as a superfood, health gurus from all over the world rave about the benefits of barley grass juice. Barley may be associated with beer production, but on its own, this plant offers a plethora of vitamins and minerals that the body needs to thrive.

What is Barley Grass?

Barley grass is an annual grass and the leaf of the barley plant (not the grain). It is gluten-free and can grow in a wide range of climates.

Barley is the first cereal grain to be cultivated by humans. It was first used for food and medicinal purposes in 7000 BC. Crop reports date all the way back to 2440 BC, and the Chinese were cultivating the plant around 2000 BC.

Middle Eastern and Asian cultures have been including barley grass in their diets since biblical times.

For medicinal purposes, the grass was used to treat liver, skin, GI and blood issues. The Ancient Greeks used the mucilage from the cereal to treat inflammation of the gastrointestinal tract.

Humans have long known the health benefits of barley grass, but advancements in farming and food production have caused us to stop eating this beneficial grass.

Barley grass provides a number of health benefits, including:

One of the primary benefits of barley grass is that it can cleanse the liver and eliminate toxic build-up in the body.

Think of your liver as a filter. Its job is to catch and eliminate toxins, but over time, that “filter” gets dirty and starts working less efficiently. Just like a car needs an oil change, the liver can benefit from a cleansing to remove this toxic build-up.

An over-worked liver can:

Barley grass contains beneficial chlorophyll and beta carotene, which stimulate the elimination of waste and aid in the detoxification process.

The vitamin C and copper work together to help the immune system work more efficiently. Copper is also essential for hemoglobin in red blood cells.

The antioxidants and vitamins in the grass are what help stabilize blood sugar levels and get the body back on track.

Barley grass can also help protect the skin from environmental factors, like harmful UV rays and smog that can age the skin prematurely. This beneficial plant also contains iron, chlorophyll and vitamin B – all of which can help regenerate and renew your skin cells.

Barley grass is often used to help prevent cancer, as it contains superoxide dismutase enzyme and catalese enzymes. Both enzymes are known to be cancer preventing agents. They prevent proliferation and can help kill cancer cells.

Women in particular can benefit from barley grass juice, as the superoxide dismutase enzyme can help with preventing breast cancer.

A clinical study on barley grass found that it not only helps lower blood sugar levels, but it also helps lower cholesterol.

The study found that after 70 days of consuming barley grass every day, cholesterol levels fell by 5.1%. Cholesterol – along with type 2 diabetes – is slowed down by monosaturated fats and antioxidants.

Research has shown that barley grass can actually repair DNA. Our DNA can be altered by food additives, stress, medical drugs, radiation and low immunity. These changes aren’t beneficial and can include genetic abnormalities, sterility and premature aging.

In women, these changes can lead to deformed offspring and miscarriages.

Barley grass has been studied for its ability to prevent damage and strengthen DNA.

There’s no cure for osteoporosis, but you may help slow down the progression of the disease and keep your bones in better condition by adding barley grass juice to your diet.

Barley grass is so nutrient dense that vegetarians and vegans can use it to fill nutritional gaps in their diets, particularly because the grass is nutritionally complete.

Barley is considered “likely safe” for most people – even for pregnant women. However, pregnant women should avoid eating high amounts of barley sprouts.

Those who are sensitive to gluten or have celiac disease should avoid barley grass, as it can make the symptoms worse.

If you’re allergic or sensitive to other cereal grains, like wheat, rye, corn, oat and rice, barley may cause an allergic reaction.

If you’re a diabetic, barley may lower your blood sugar, so you may need to adjust your medications. Talk to your doctor before adding barley grass juice to your diet.

Barley grass juice powder is the simplest way to add this superfood to your diet. Simply add the powder to your morning smoothies or juice and enjoy. The flavor is mild and can often be masked by other foods in your smoothies or juices.

You can also juice your own barley grass, but you’ll need a centrifugal juicer to extract the juice from this delicate grass.